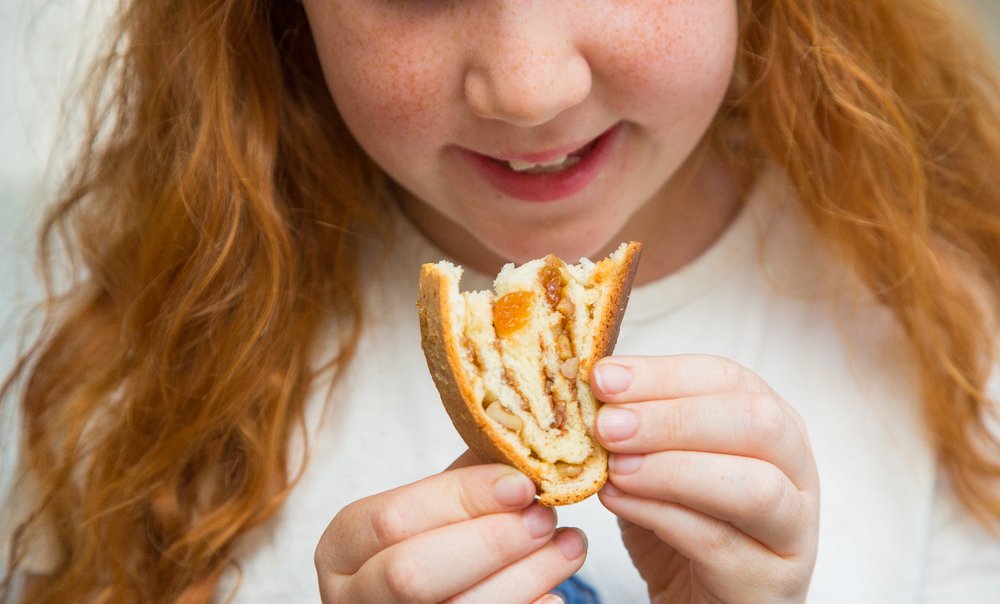 I’m doing it again! I’m sharing another of my Mamma’s most popular recipes. You guys are so lucky to get this — and you must make it! My mother’s recipe is very “Hipcooks,” meaning that it’s a snap to make, yet special and delicious. This bread is no-knead, and no-fuss. A child can make it (and does!) Everyone will fawn over it (and you!) when it comes out of the oven, smelling sweetly of cinnamon and walnuts.

The last time I made this recipe I was Lucia’s age. How fun it was to re-discover this delicious bread with her.

Basically, you plop warmed milk, butter, yeast, and a bit of sugar to eat into a mixer. Add egg and flour. Mix until just combined.

Cover, and throw the whole thing into the fridge for a minimum of 2 hours or a maximum of 3 days. True! The bread does not care! It will prove (rise) just the same. 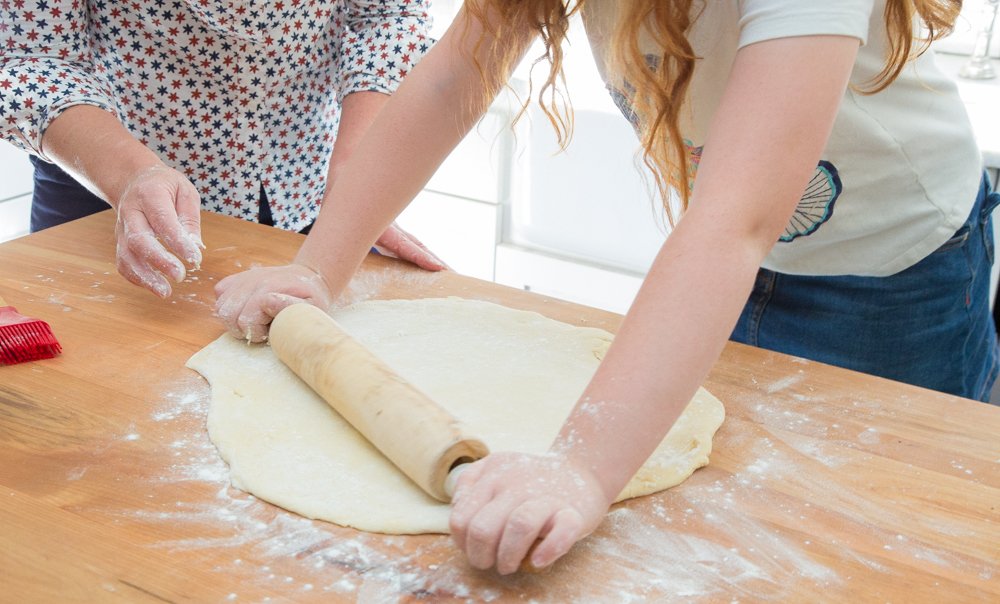 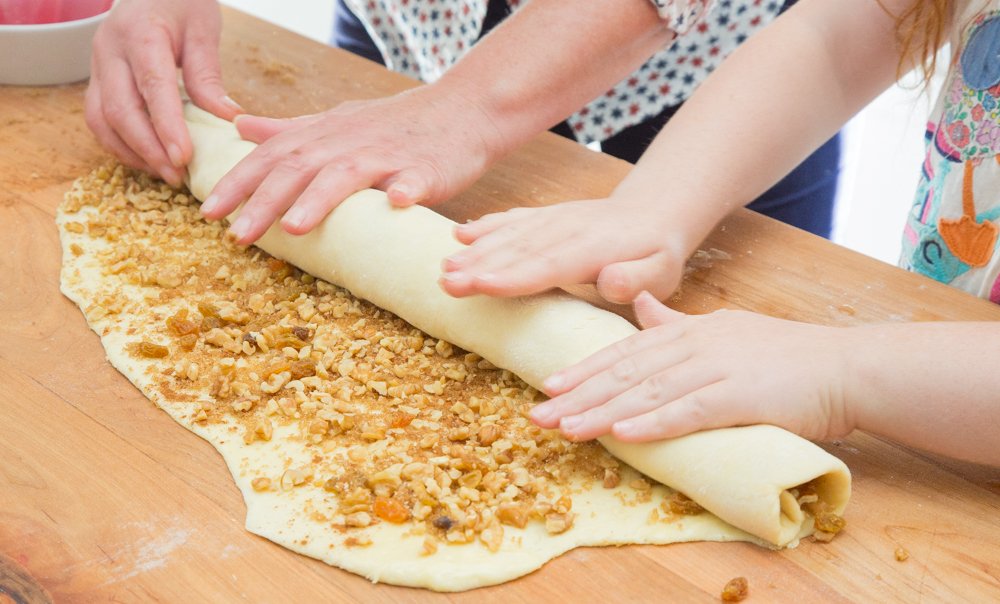 Roll the dough onto a large floured surface.

Sprinkle the dough with brown sugar, plenty of cinnamon, golden raisins and chopped walnuts. Roll it into one big log. 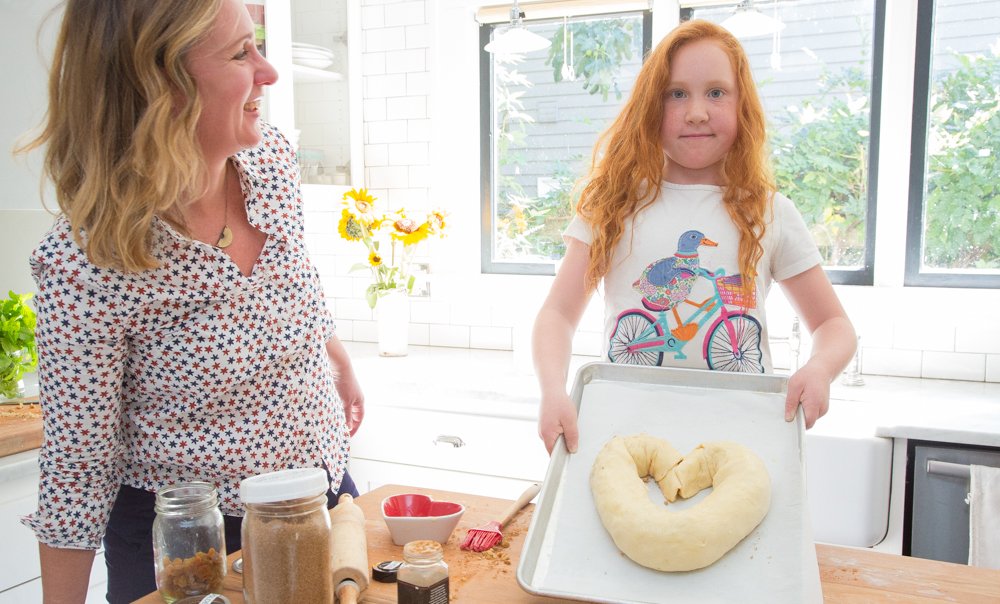 Transfer to a baking sheet. You can give it a horseshoe shape, a circle, or a heart (props to Lucia for the best idea, ever!) 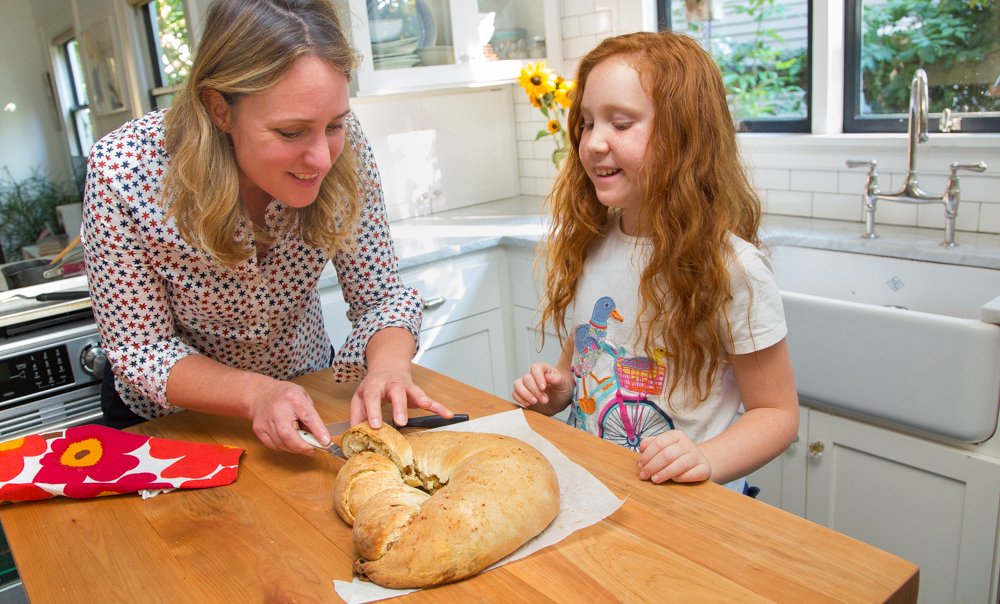 This bread will rise further in the oven, brown on top and smell like home.

Do not resist the temptation to cut a piece straight away, slather with superfluous butter and go straight to “7th Heaven,” to quote my Mom. 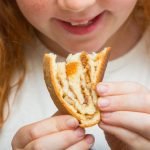 Lissa I’m doing it again! I’m sharing another of my Mamma’s most popular recipes. You guys are so lucky to get this — and you must make it! My mother’s recipe is very “Hipcooks,” meaning that it’s a snap to make,… Cooking with my Mother Hefeteig recipe, yeast bread recipe, rolled yeast bread recipe European Print Recipe
: One fabulous loaf, great for sharing.
Nutrition facts: 200 calories 20 grams fat

Stir the yeast and warm water together.

Scald the milk, and mix in the sugar and salt. Remove the milk from the heat and add 1 stick of butter. Once the butter has melted, check the temperature of the mixture. (Adding cold butter to the milk will both melt the butter while bringing down the temperature of the milk to just lukewarm, which is what you want. The Goldilocks Principle applies: too hot will kill the yeast, too cold and it will not activate.)

Once the milk mixture is lukewarm, add it to a mixing bowl along with the yeast. (A stand mixer bowl is the easiest method, but you can mix by hand as well.)

Add 2 cups of flour, mix, add the egg, mix, and then the rest of the flour. The dough will be sticky — that’s fine! Cover the bowl and let the dough rest and prove in the fridge. (Minimum, 2 hours. Maximum, 3 days. Hint to the parents out there: make the dough in the evening, and then roll out the dough the next day with your kiddo.)

Turn the raised dough (it will smell delicious already!) onto a floured surface. Roll out as thin as you dare…go for baking sheet size (about a foot by a foot and a half.)

Brush the entire surface of the dough with melted butter. Sprinkle with brown sugar, copious amounts of cinnamon, golden raisins (yes!) and chopped walnuts. Use as much or as little as you like. Roll away! Shape the loaf as you please, and brush the top with butter.

Bake until the loaf is evenly browned and smelling fantastic, about 30 -40 minutes depending on the size and shape you have.

Remove from oven and enjoy immediately (who can resist!) Be decadent and apply extra butter to each delicious slice. 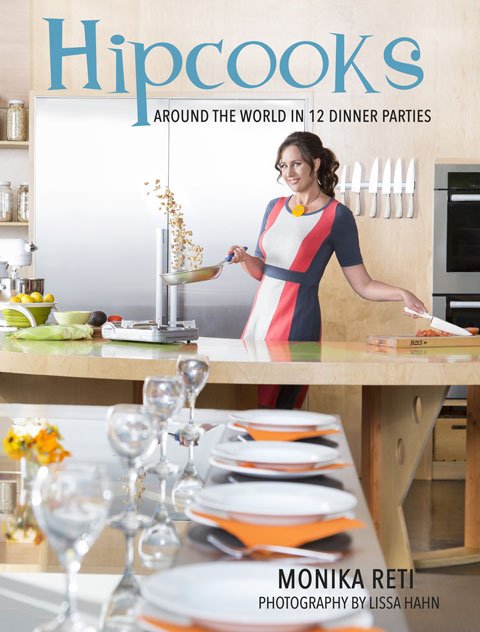 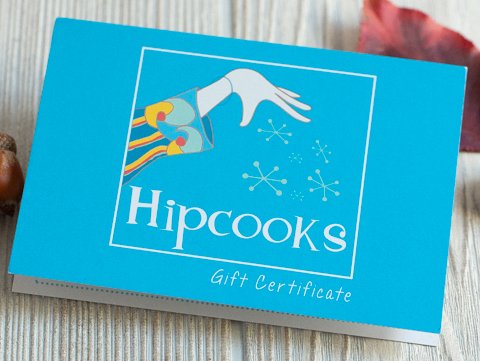 This side-dish is our new obsession! Beets in coco

We Got the Beet! Golden Milk Lattes! Turmeric Todd

Let your Valentine know that your heart beets for

Valentine, where’ve you bean all my life? Make

Come on Baby, Light my Fire! Hold the torch to the

We use garbanzo beans often at Hipcooks. Canned g

We make our #muhammara gluten-free. Traditional re

Any cookies that may not be particularly necessary for the website to function and is used specifically to collect user personal data via analytics, ads, other embedded contents are termed as non-necessary cookies. It is mandatory to procure user consent prior to running these cookies on your website.